Note: Add an image/gallery, table, or whatever 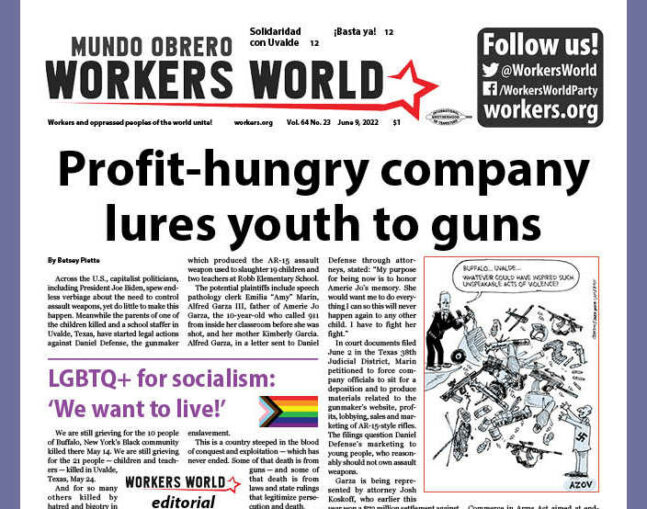 The South African Communist Party and the Communist Party of Swaziland along with several pro-democracy groups have vowed to continue the struggle for Swaziland's liberation from the rule of King Mswati III, the last absolute monarch in Africa, for which Mbedzi paid the ultimate price… 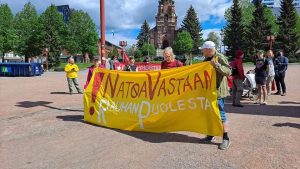 Progressive and anti-war sections in Finland continue to protest the country's bid for NATO membership. On June 4 and 5, activists from various groups including Stop NATO, Communist Youth Association (Kommunistinuoret), Communist Youth (KTP), Tampere Marxist Study Circle and Pirkanmaa Peace Defenders' Committee participated in demonstrations in Helsinki and Tampere denouncing the government's move to join NATO. The protesters claimed that Finland's accession to the US-led military alliance will make it part of the nexus against the people of the world and will not be in the interest of the Finnish people either. 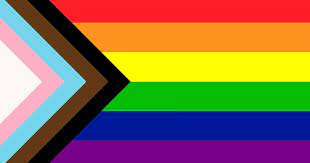 Posted by Democracy At Work.

Capitalism Is Killing Our Relationships
All Thing's Co-op

Posted by Democracy At Work.

Douglas Murray: Racism, Marxism, and the War on the West | Lex Fridman Podcast #296